IntelliFlow is the core of the IntelliGo dynamic signal control which adapts and changes the traffic signals in real-time to the actual traffic condition. The IntelliFlow signal control box is installed in the control cabinet of the signal system between radars and the control unit of the control cabinet. The signal box takes over the control of signal changes from green in one phase to green in another phase. The change is controlled by a signal algorithm that receives live input from sensors, e.g., radars located in the intersection.
IntelliFlow receives data from the radar and communicates ‘live’ with IntelliBoard which provides you with the total overview.
Data-driven signal control

The radars installed at the intersection constantly provide data to the IntelliFlow signal control box. The data provided is on position, speed, and type of vehicle (i.e., cars, trucks, bicycles) moving towards the intersection. In addition to local information about traffic at the current intersection, the signal box is also connected to a network and can receive external information such as the timeliness of arriving buses and the traffic flow in other, nearby intersections.
Once per second, the algorithm calculates the optimal signal control strategy within the next 20 seconds for this specific intersection. Once a second, it thus decides whether it is most optimal to maintain the current signal display, or it is better to shut down the current signal display and give green to another direction.

Another strength of the IntelliGo optimization algorithm is that it always optimises signal changes to the current traffic flow. This means that if the traffic flow changes over time, or if there is a large event that results in a drastically different traffic flow – e.g., if a concert or event is to take place in the neighbourhood that attracts many road users – the algorithm will automatically adapt traffic signalling to the new situation. Thus, there is no need for traffic technical follow-ups or special adjustments of the signalling over time. It learns by itself how to best manage traffic in the specific intersection. 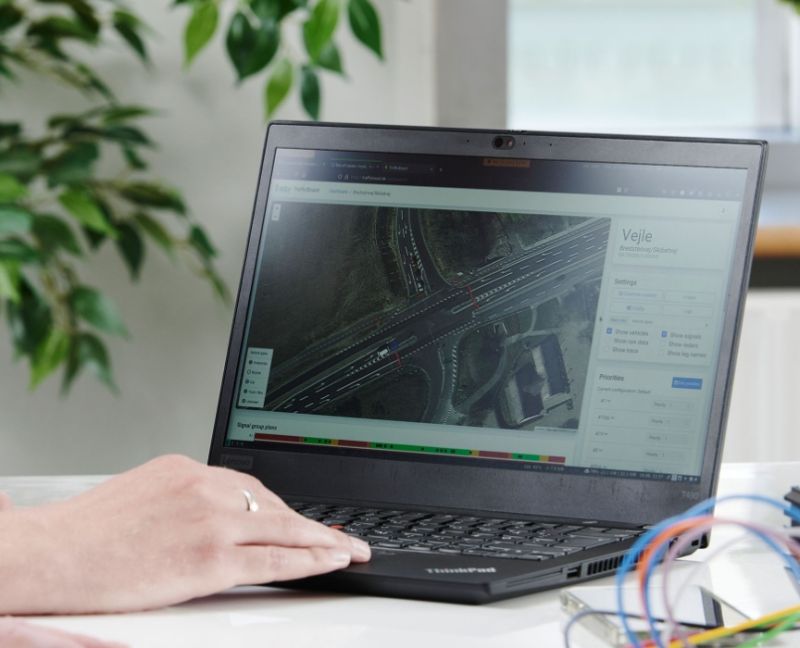 IntelliFlow eliminates the need for different programs during the day and week – and thus the need for defining in advance when rush hours start and end. The optimisation algorithm receives input from sensors that measure traffic in real time and the system automatically carries out any optimisation needed.

You are still in full control

As traffic engineer and responsible for traffic throughout your city, you are still in full control. For instance, you decide what type of vehicles or traffic the algorithm should give priority to. As a starting point, the algorithm optimises traffic so that the total delay at the intersection is minimized. All optimisation parameters can however be changed. If, for instance, you would like road users moving towards the city centre in the morning to have priority over road users from a side road, you can set that as a priority. Or perhaps you want to prioritize public bus traffic, but only when the bus is delayed or at times of the day, when there are many bus passengers.

On a bicycle route, there may be a desire to prioritize bicycles so that as few bicyclists as possible have to stop for red. In other areas, there may be a desire to give priority to heavy traffic to minimise the number of stops by trucks. The benefits of this are less CO2 emission into the environment and that truck drivers save fuel due to less stops. Such individualised prioritisations by you as a traffic engineer are always possible in the IntelliGo system.

The optimisation algorithm allows you to set up any number of boundary conditions. For instance, you may want to set green times to a certain minimum or to restrict phase orders. Conventional signal systems operate with maximal green times. Instead of maximal green times, the IntelliGo algorithm uses maximal waiting times for road users at the stop line.